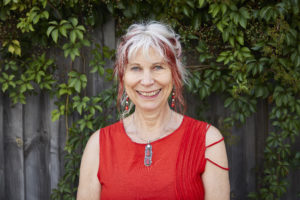 ROBYN ROWLAND is an Irish-Australian dual-citizen, annually visiting Ireland for thirty-seven years, for the last twenty she was living between Ireland, Turkey and Connemara. She has written fourteen books, eleven of poetry. Her latest is Under this Saffron Sun /Safran Güneşin Altında (Knocknarone, Ireland, 2019), bilingual in English and  Turkish.Her two books in 2018 were Mosaics from the Map from Doire Press, Ireland, and her bi-lingual This Intimate War Gallipoli/Çanakkale 1915 – İçli Dışlı Bir Savaş: Gelibolu/Çanakkale 1915 re-published by Spinifex Press (originally in 2015 from Five Islands Press in Australia and by Bilge Kultur Sanat in Turkey, sponsored by the Municipality of Çanakkale). Turkish translations in both bilingual books are by Professor Mehmet Ali Çelikel.

Robyn’s poetry appears in national and international journals and in over forty anthologies, including seven Best Australian Poems: 2016, 2015, 2014, 2013, 2010, 2009, 2005 and 2004 (Black Inc.), with editors Les Murray, Robert Adamson, Lisa Gorton, Geoff Page and Sarah Holland-Batt; and Being Human, ed. Neil Astley, (Bloodaxe Books, UK, 2011). Her work has been awarded a number of prizes and she has published and read in Australia, Ireland, Japan, Bosnia, Serbia, Austria, Turkey, Canada, India, New Zealand, Portugal, the UK, the USA, Greece and Italy.
Robyn’s poetry has been featured on Australian and Irish national radio programs. Robyn has two CDs, Off the Tongue and Silver Leaving — Poems & Harp with Lynn Saoirse.
Dr Robyn Rowland AO was an Honorary Fellow, School of Culture and Communication 2008-2012, University of Melbourne; was a member of the National Advisory Council for Australia Poetry Ltd 2010-2013; curated and presented the Poetry & Conversation Series for the Geelong Library Corporation, 2010-2013; and was inaugural Deputy Chair of the Board of the Australian Poetry Centre 2007-2009. Previously Professor of Social Inquiry and Women’s Studies at Deakin University, she retired in 1996 and was created an Officer in the Order of Australia for her contribution to higher education and women’s health.